In the start of September 2015, Google Implemented the term “I am feeling curious” feature on its search engine’s homepage. 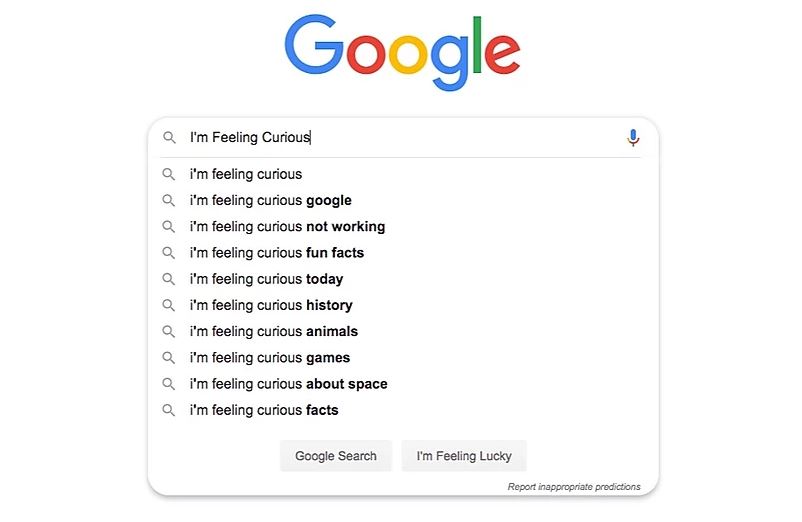 You can get easy access to it just under the “I’m Feeling Curious” button which circulates through many of Google’s “I’m feeling” features, sometimes it lands on the curious” one, or you can also lookup for “I’m Feeling Curious” (“fun fact” also works) itself you will get the same effect.

Whenever you use this feature, it will pull up a random fact in the form of a question and its answer and link it with the website from which Google is getting the information form.

Just after the starting fact, you would be able to click on the blue button saying “Ask another question” in a text written in white colour. As the name says itself, you would be given a new question and answer.

When it was active, a lot of people have enjoyed and amused using it but now it is over. It has been dead and inactive. It doesn’t mean that it is not being used by anyone any more but the fact is that you can’t use it any more.

Google has not given any statement or explicit explanation for disabling and dismissing it. By getting into Google help page, the “I am feeling curious” feature has not been working since the mid of October this year.

I and many other people hope for a statement and explanation of why Google has dismissed it and why it is not working and for its revival again.

Can You Use PayPal on Amazon

What type of internet service is best for you?

How to Transfer Internet Service When you Move