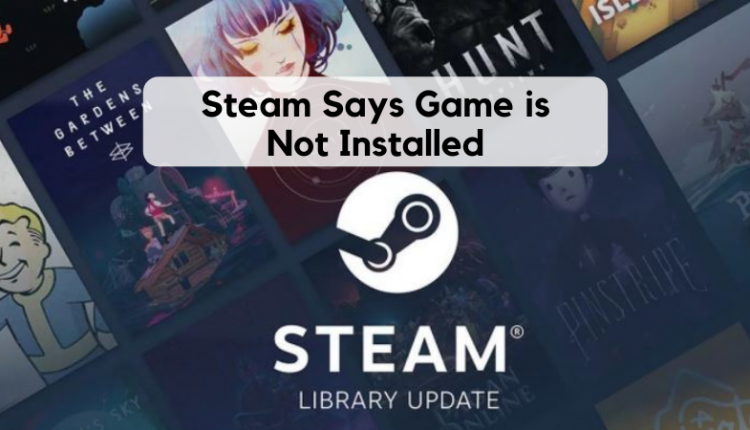 How to solve the issue of Steam DLC Not Installing

Steam Says Game is Not Installed: Downloadable content (DLC) is extra content related to a video game that has been released by a game publisher. It is added to the video game either with an extra cost or with a monetization feature.

It can make the game publisher earn some revenue from a title after it has been bought. Nowadays, Downloadable Content has become an important part of our lives especially when we are playing video games. We all are supposed to follow it. Steam is found to work in the best way with DLS because it works in a similar way as the installation.

But we are encountered many complaints regarding the non-functionality of the installation process. DLS does not install appropriately. In this article, we are going to describe how to install the DLC and what to do if it does not install. Properly.

Also Read:  How To Delete Chat History On Discord

In the past, there used to be only a game. You had to pay money for it, you received it. It was a package and could be played till the end. Nowadays, the game industry has gone up due to several advanced and unique features that never existed before. DLC (Downloadable content) is one of those features. Still, the DLC is an issue and no one is supposed to get the blame but the industry itself.

It has been detected that if DLC has several benefits like it can be used to give unique features to the game. Apart from that, it is used by many developers only to the Nickel and dime gamers without putting in some worth to it.

They just extend a game before it is actually finished. The purpose behind it is only to display content that has been lost as paid DLC. Other than that, they can also use DLC to split those gamers who are willing to pay as compared to those who are not agreed to pay to season pass holders.

DLC is now an important part of the gaming world. Now, we have to live with it. We are going to let you know how to install Steam DLC.

How to install Steam DLC

DLC is conducted in the same way as the base game purchase is managed. You can easily buy DLC from the game page under a banner of DLC. Even, you can purchase it directly from the steam. After you purchase DLC, it will display in the steam library.

DLC can be purchased by following the steps mentioned below.

Steam is one of the most wonderful platforms that occasionally seems to go wrong but sometimes it does not accept playing ball while using DLC in steam. This type of thing happens when you buy a new game and anxiously look to play the game. If any such thing takes place you can do a few things to make steam load it.

Some games need third party software to run properly. This software may include such as Uplay or even the website of the game.

Apart from that, smaller game studios can ask steam to send you an email with a code. When it is added to your account on the website before DLC is authorized. Now, you need to check whether the DLC that you purchase is not having this setup while solving the problem of installation.

If the solution described above is not working, you can try out the following method to solve the issue.

I have been using lots of these methods to solve the installation problem. Usually, it takes time to complete the process of installation. You just need to wait until the server catches up. Game Developer’s forum can inform you whether it is a game issue.

That was all about to resolve the issue of DLC installation. If you have any questions, please don’t hesitate to ask. We will surely help you answer all of your questions. Looking forward to hearing from you.

I love surfing the web in search of different exciting things & write about Movies, News and Gadgets and that’s the reason I have started writing.