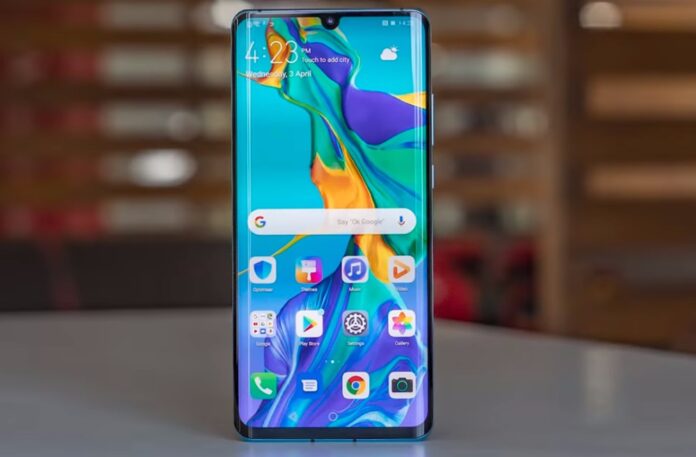 Summary The Huawei P30 Pro useds into a new era of smartphone photography. What about the rest of the terminal? Answer in this test.

Price in UAE on Amazon

When Huawei first told us about the P30 Pro’s four-sensor rear-mounted configuration, we didn’t believe a word of it. Then we used it. Let’s put it this way, this smartphone takes photos with zoom and low light like we’ve never seen with a phone. It outperforms the Galaxy S10 and Pixel 3 in this area and its sleek design combined with impressive battery life make the P30 Pro one of the best smartphones on the market. The rear camera is certainly the most remarkable feature, but to bet everything on the photo, Huawei would not have made some dead ends? At 1975 AED it is not given, and at this price, it will be difficult to forgive him some mistakes, especially in the face of an S10 slightly more expensive: 1999 AED. 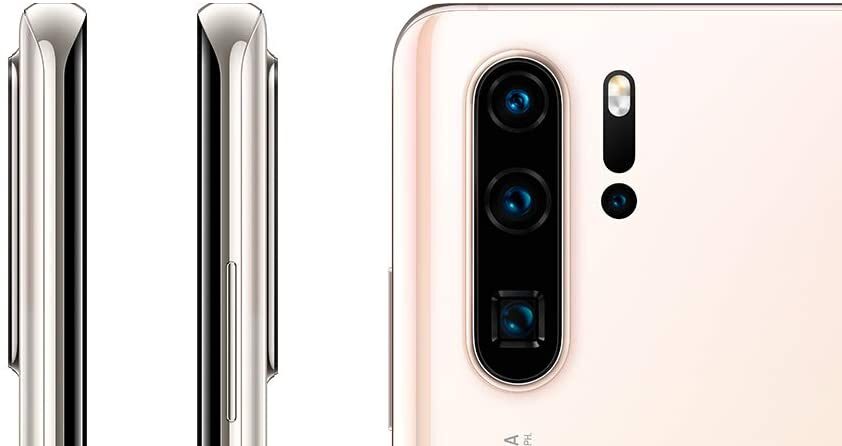 Design successful, but that could have been a little more neat

On the first look, the P30 Pro stands out in a new way. The way in which light blue blends into pink on the “mother-of-pearl” model is fascinating and therefore gives a certain character to the product. There is also a pretty green-blue or a more serious black. Made of glass and metal, just like the Galaxy S10 or the P20 Pro before, the materials used are of high quality. On the other hand, it has a higher weight than the Galaxy S10 which weighs 175 grams compared to 192 grams at Huawei, and this is felt in hand. The same goes for thickness: 8.41 mm compared to 7.8 mm in Korean. The fault probably to the imposing photo module. All in all, the product is pretty but the S10 remains in our opinion more refined, more luxurious.

There is no headphone jack on the P30 Pro. The fingerprint reader has been integrated into the screen. It works well and we found it more accurate and fast than the Galaxy S10, although it is still slightly less efficient than a traditional sensor. Facial recognition is also present, but only in 2D. To reduce the notch, Huawei did not take over the “FaceID like” of the Mate 20 Pro. You won’t find a slot for a MicroSD card because Huawei has once again opted for its own nano memory card (NM) format. NM cards are more expensive and harder to find than standard microSD cards. Be aware, however, that it is waterproof (IP 68).

The 6.47-inch screen extends almost to the edges of the phone, curved on the sides, giving the terminal a bit of character. Only a thin chin remains, and a small notch “waterdrop” at the top. Between that or the punch of the S10, you will have to choose. We are more in favour of punching, it is a matter of taste. The screen definition is 2,340 x 1,080 pixels. It’s a little below Samsung’s maximum definition of 3,040 x 1,440 pixels, but it’s unlikely you’ll notice it unless you have the two side-by-side phones playing the same HD video and you’re watching the screens very closely. But what’s the point of doing that? On a daily basis, the resolution of the P30 Pro is more than enough to highlight YouTube videos and its bright colours are perfect for gaming.

Let’s now tackle what makes this P30 Pro salt: its photo part. This one is very rich because it consists of 4 sensors: 3 optics, and the last one called “ToF” (Time Of Flight) which serves to measure the distance between subjects and better realize the effects of bokeh. The configuration details itself as follows:

What distinguishes the P30 Pro from its competitors is therefore above all the presence of this 8MP sensor that offers a 5x zoom, or a focal length of 125 mm in equivalent 35 mm. Having such an optical zoom is a first on a smartphone, and as much as saying right now, it’s impressive. Even better than the 5x, Huawei adds a simply fascinating 10x hybrid zoom. Huawei makes here a perfect copy… as long as it’s daylight. In low light, the optics “125 mm” will have more problems, on the details on the one hand, but on the management of colours with shots that sometimes tend to turn green. This is the only negative of this “Zoom” part, which is not Huawei’s only innovation. The brand is also very strong in low light.

Above: from wide-angle to 10x zoom. Note that there is also a 50x digital zoom, but the quality is not enough to make the shots really usable.

In addition to optics, Huawei is also making a small technical revolution in the sensor, modifying Bayer’s matrix. It usually captures colours through red-green-blue photosites. On the P30 Pro, she opts for red-yellow-blue. The result is a lot of light in low light and the ability to rise in ISO. As a result, the smartphone is able to capture images in situations where even the eyes cannot see properly. At times, it’s hardly believable. But of course, we lose many details, and it is almost impossible to capture moving subjects.

In near-total darkness, the P30 Pro was still able to get a bright, albeit grainy, image. Under the same conditions on the S10, one can barely distinguish the subject. However, in less obscure situations like a photo of a street lit up at night, there is almost no difference with what can be achieved with a Galaxy S10.

Common shots with the standard camera are usually decent. Compared to the S10, the images of the P30 Pro have slightly more attenuated colours and do not always balance the exposure, sometimes making bright skies look as faded. This is especially the case when using the super wide-angle mode, which can have difficulty balancing the overall exposure.

The P30 Pro’s 32-megapixel front-facing camera produces sharp self-portraits. The phone does a decent job of balancing exposure for selfies, helped by an HDR mode that handles the backgrounds well. The colours are also natural. And although there is no flash, the photos taken indoors in low light conditions are still beautiful.

Power not up to the level of the Galaxy S10

The P30 Pro uses Huawei’s latest Kirin 980 processor, with 8GB of RAM. Judging by the scores on the test benches, it is not up to the performance of the S10. It performed slightly lower than the Geekbench 4 multi-core processor test (9,623 vs. 10,863) and results significantly lower than the Mark Slingshot 3D graphics test (3,233 vs. 7,818).

But of course, benchmarks reflect only part of reality and we can testify that in use, this smartphone is far from slow. Navigation in the interface is reactive. The videos are fluid and demanding graphics games like Asphalt 9: Legends and PUBG go smoothly. The Galaxy S10 may have the advantage on the test benches, but you will almost certainly not notice this difference in real conditions. 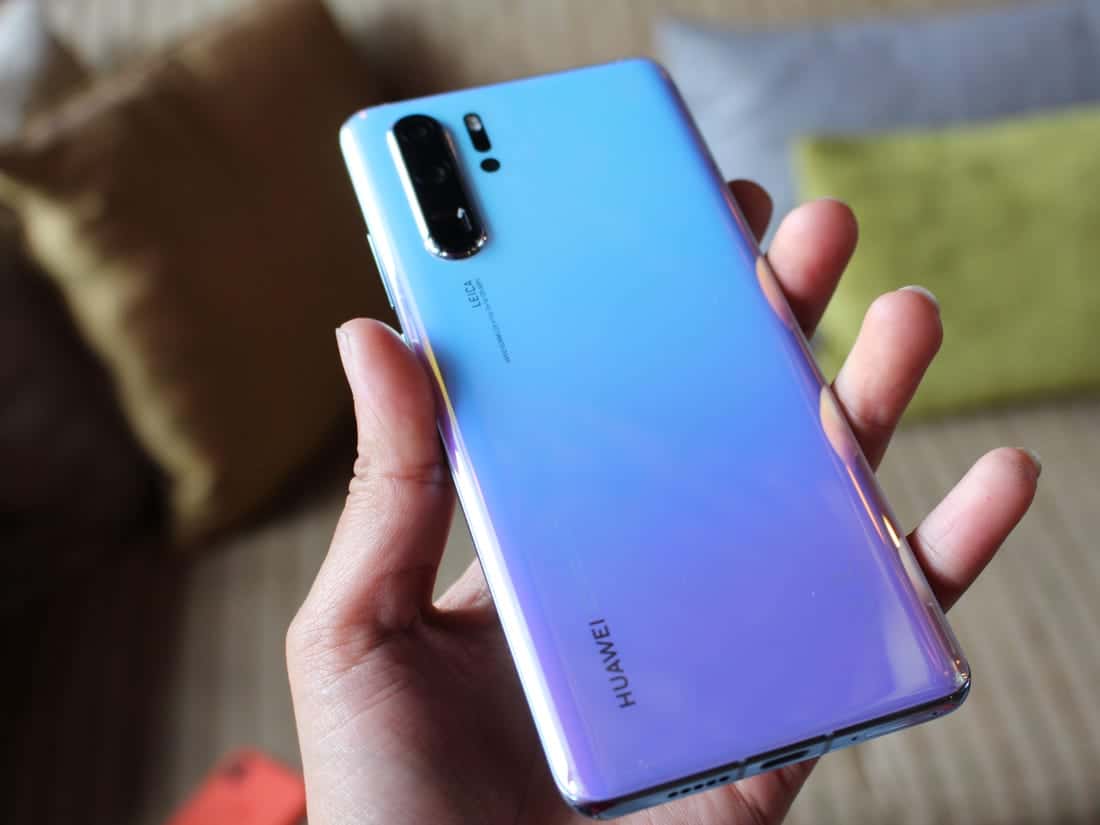 The P30 Pro runs Android 9 Pie with Huawei’s Overlay EMUI 9.1, which reminds iOS in the way apps are arranged on multiple home screens.

The 4,200 mAh battery charges via USB-C. 30 minutes with the 40-watt charger provided restore 70% of the range. This is one of the advantages of the P30 Pro because this kind of extra energy can be enough to extend the battery life by several hours in a few minutes. Autonomy itself is very good. It allows you to last a full day with intensive use and still have enough battery until the next day. But it’s a smartphone that’s best recharged every night to be quiet, like all phones on the market.

And if you have energy to spare, you can always give it to a friend using wireless two-way charging. When enabled, you can hold any Qi-enabled device on the back of the phone to transfer power just like with the Mate 20 Pro and the four Galaxy S10s. 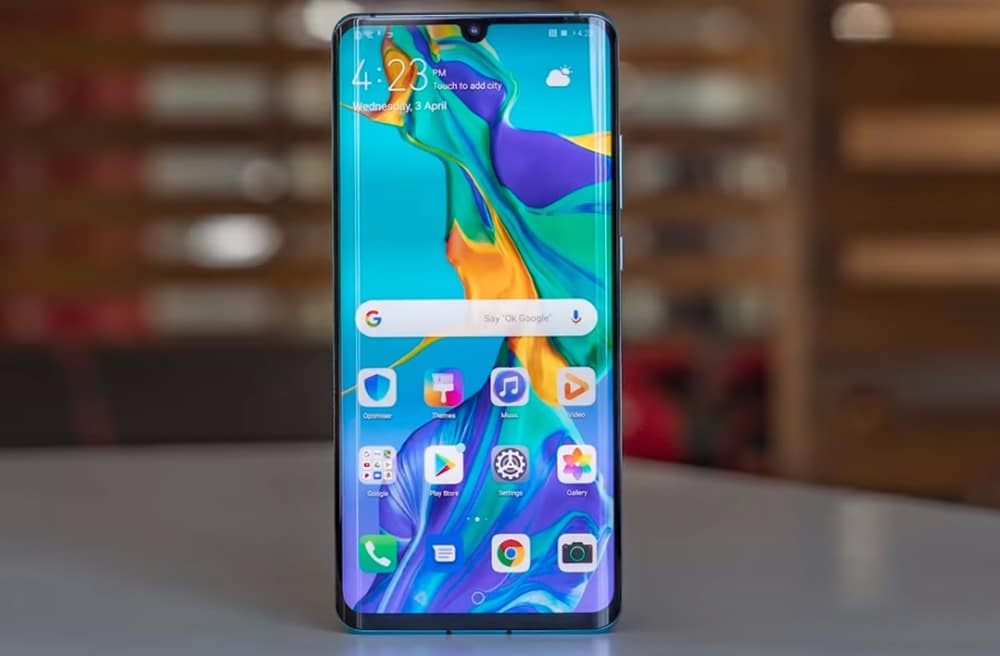 The shock of the photos

In the end, it’s impossible not to congratulate Huawei on P30 Pro. The main reason is that the firm perfectly fulfils its promise to offer an exceptional photo part, due to the versatility offered by multiple optics, and its results in low light. She still misses a few things, especially on zooming in the dark. However, there’s no need to procrastinate: the P30 Pro offers the best photo experience to date. Point. Add to that a nice battery life and a very good OLED screen, and you have a high-quality smartphone.

Huawei still commits some odds: the first on the design, if the object is undeniably pretty, Samsung shows a little more refinement on this side, the Chinese does not dethrone the Korean. The second is in terms of performance. Using a slightly dated chip, the P30 Pro will suffer a little faster the agonies of time than its main competitor. Finally, there is EMUI that still can’t compete with OneUI. We’ve been saying this for a long time, Huawei needs to thoroughly review its overlay. For the rest, yes, the P30 Pro is an excellent smartphone. Is it better or worse than the S10? The answer varies depending on your priorities

Your Camera Options In Android 11 Will Be Much More Limited

Google is about to launch a voice input mode for Gboard